I have been bordering on blogging inertia – what with all the things that went on in the run-up to Fir for Luck‘s publication, and after. What a ride it’s been! But just as I need to stand still for a bit to steady myself after any rollercoaster ride, I needed to focus my eyes and my brain properly now. Train my eyes on the next thing. Which, for me, is going to be NessBookFest. 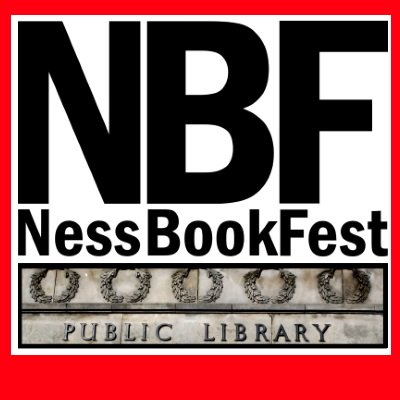 Inverness used to have a book festival, but it was discontinued years ago. Early this year, before I knew that I would have a publication deal with Cranachan, I put a tweet out:

Gutted that Inverness doesn’t have a book festival anymore. Anyone want to help me make this happen again?

Or something like it. I talked to people who had been involved before, I spoke to venues and stakeholders and writers and readers. I talked to others who were running book festivals around the country. More and more people came forward; and some had much more expertise than I was bringing to the table. We began meeting in the summer, formed a committee, adopted a constitution on 3rd September (yes, that recently!) and are going to have a bash at holding the festival in just over a fortnight. For those who’d like to take a look, check out https://nessbookfest.wordpress.com/whats-on/ for a downloadable programme and the booking link,  or connect on https://twitter.com/NessBookFest1 or https://www.facebook.com/NessBookFest/ . It’s going to be free – no barriers. It’s going to be egalitarian, with grassroots and emerging voices sitting equally beside big names. It’s going to be special.

The timing has not been ideal for me in some ways – my book launch for Fir for Luck was a month ago, and I have been woefully distracted by NessBookFest ever since. My plan is to throw myself into marketing Fir for Luck afterwards, but for now, I thought it might be an interesting thing to blog about running a book festival for the very first time.

This week has already seen its share of challenges. The box of posters, beautifully designed by committee member Lorraine, arrived a day early. I was delighted!

But on opening the box, there was a bit of an issue – all our beautiful glossy black posters were sticking together – they clearly had been packed while still partially wet.

I set to work, carefully separating them by hand – speckles and rips appeared on the shiny black surface. I tried wiping, slicing, pinching, rubbing, but all techniques yielded the same result. In the end, a polite but insistent email to the internet printers – please could you kindly refund or reprint the smaller-size batch? Meanwhile, we had no choice but to use some of the damaged goods – word needed to get out, and fast! I got busy with scissors and black marker pens, cutting or colouring the worst of the damage.

Then the answer I was waiting for: a free reprint of 100 A4 posters now means that we can give them away to authors and volunteers as a thank-you souvenir, plus put up some extra around the town. Maybe the proverbial blessing in disguise isn’t a myth after all?

My list of things to do is long – in fact so long that I’m trying hard not to look at it at all.

I’ll blog to keep you posted with the behind-the scenes story of NessBookFest as I go along.